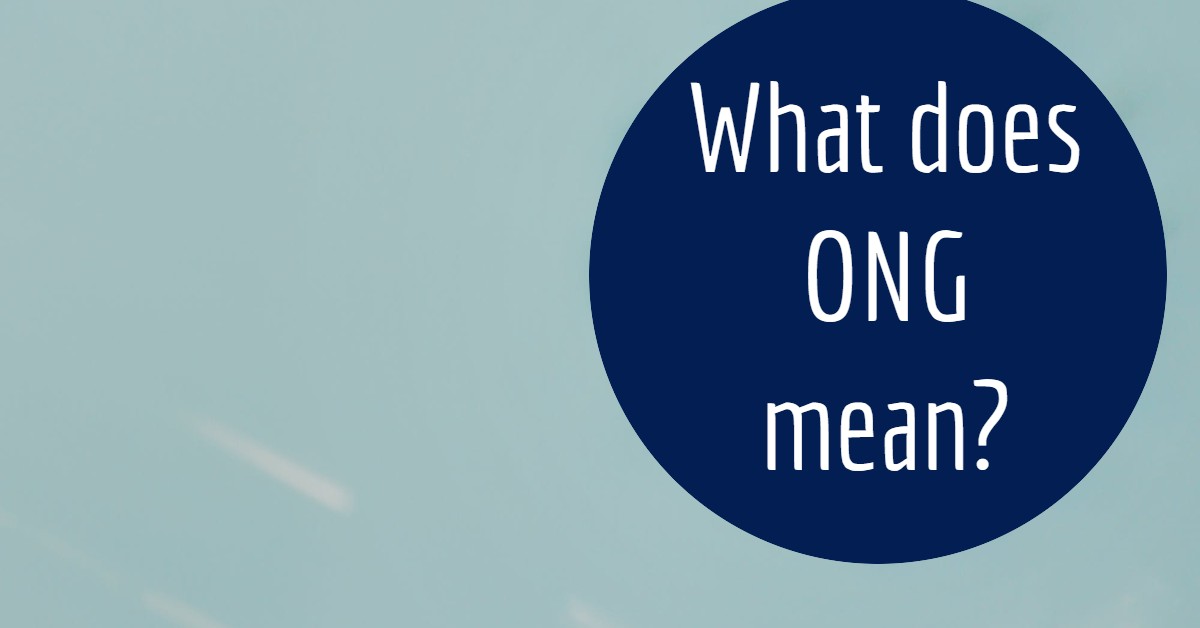 What does ONG mean? You may have come across the abbreviation ONG, and you wonder what does ONG mean! Some think it is a misspelling of Oh My God! (OMG). No, it is not. ONG means something different.

Find out the meaning of ONG and how it is used below. 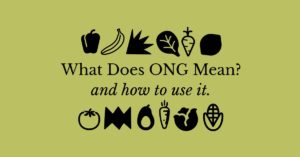 What does ONG mean?

ONG means ⇔ On God. It can be used to agree to something. ONG is similar to phrases like “I swear to God,” and “I put that on God.”

Now you know that people aren’t accidentally misspelling “OMG” (Oh My God) as “ONG”! “ONG” actually stands for “On God.”

Simply put, it means you strongly agree with a statement or sentiment, similar to saying, “I swear to God.”

Examples of the use of ONG

ONG is usually added at the end of a sentence.

Meaning of ONG on TikTok

ONG is a popular Tiktok trend.

Tiktok, the social site, spews out new phrases and trends like there’s no tomorrow, in addition to providing a platform for users to share their life hacks, parenting techniques, funny impressions, and more.

ONG is the most recent addition.

Here’s exactly what ONG means on Tiktok and how it’s being used:

Ong is being utilized a lot on TikTok. Various posts on the platform, along with hashtags in text, utilize the three little letters. As of now, there are over 51 million different videos on the video-sharing app that features #ong.

The phrase still means “On God,” but it’s now used to emphasize how much one agrees with another TikTok user.

Meaning of ONG on Snapchat

On Snapchat, ONG stands for “On God.” It usually means “I swear to God,” and it is used to show that someone is telling the truth.

“Ong” is short for “On God,” which can mean one of two things. It is most commonly used to say “I swear to God” or to emphasize that someone is telling the truth. It could also mean “that’s on God,” as if something is beyond someone’s control, but it usually means that someone is speaking honestly about a particular subject.

So, if you’re messaging people on Snapchat and they send you a photo with the caption #Ong and a text, it means they are speaking honestly about the photo, and their words should be taken seriously.

Meaning of ONG on Social Media

On all social media platforms, “ONG” stands for “On God.”

“ONG” is typically used to emphasize the truth of a statement. It can be used interchangeably with phrases such as “I swear to God” and “hand to God.”

See the two examples below for the use of ONG:

Read: How Much Can You Make With Postmates?

Meaning of ONG in Text Messages

“ONG” also means “On God” in text messages.
“ONG” is almost always used to emphasize honesty or the truth of a statement in this context. It’s very casual and interchangeable with “I swear to God.”

“On God” can also refer to something beyond a person’s control, as in “that’s on God” or “that’s God’s responsibility.” For example: “I can’t help you, that’s ONG to answer your prayers.”

Other Meanings of ONG 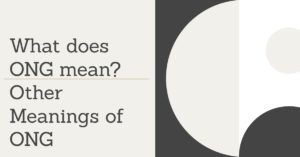 Here are other possible meanings of ONG, though ONG generally stands for On God:

As demonstrated in this article, if you see “ONG” on TikTok, Snapchat, or any other social media channel, it is most likely not a typo for “OMG.” Based on the context, you should be able to tell if it’s a typo or not.

On the other hand, the definition of ONG as “Oh No Girlfriend” is quite dated! ONG almost always means “On God” these days, especially on social media and via text.

How to Use ONG

Here is how to use ONG:

So again, what does ONG mean? ONG means On God! Use it correctly to emphasize your points and get the message across over social media and on text.

We hope you learned a great deal from this article on what ONG means. Do well to share it with others. Thank you.