How old is Ouleye Warnock? 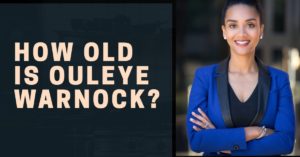 In this post, I will share with you the official birthday of Ouleye Ndoye (formerly married with the name Ouleye Warnock).

Ouleye Ndoye is a global leader who has worked in government, non-profits, and academia for over a decade.

Her advocacy for women’s and children’s matters has been featured in the New York Times, Washington Post, Atlanta Voice, Atlanta Journal-Constitution, and C-Span, among other news outlets.

She is currently the American Baptist Home Mission Societies’ National Coordinator for Scholarships and Emerging Leaders.

She rose to prominence after marrying the well-known American pastor and politician Raphael Warnock.

She has received much media attention for her advocacy on various issues affecting women and children. 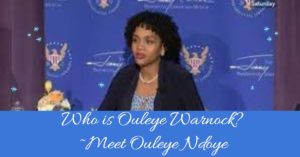 Oulèye Ndoye is a well-known global health and human rights policy advisor in the United States.

Ouleye Ndoye is a Council on Foreign Relations team member. She has accepted numerous scholarships and fellowships to live, work, study, and teach in the field of human rights in Africa, Asia, and the Middle East, to bridge the academic-practitioner gap.

She has held fellowships from:

As a Luce Scholar, she spent over a year in Southeast Asia rehabilitating child sex trafficking survivors and preventing future exploitation along Thailand’s borders with Myanmar and Laos in the northern province of Chiang Rai, known as “The Golden Triangle.”

Nearly a decade later, she became the first Senior Human Trafficking Fellow, a member of Atlanta Mayor Kasim Reed’s executive cabinet, where she worked closely with The Partnership for Freedom, a “public-private partnership dedicated to promoting innovative solutions to end modern-day slavery in the United States and around the world.”

Ndoye is a member of the Board of Directors for Wellspring Living, a non-profit organization in Atlanta, Georgia, that provides specialized recovery services to victims of sex trafficking and those at risk through residential and community-based programs that offer transformative care through therapeutic services, education, life skills, and personal and professional development.

She completed the DONA International Postpartum Doula training and, as a result, established the Ministry of Motherhood at Ebenezer Baptist Church to support new moms from pregnancy to the early years of parenting. She also serves on the board of Motherhood Beyond Bars, Georgia’s only non-profit organization dedicated to providing health education, advocacy, and support to incarcerated pregnant women and the families who care for their newborn children.

Ouleye Ndoye, who is passionate about improving society at home and abroad, continues to devote her professional and intellectual pursuits to causes that support human rights in the United States and around the world.

How old is Ouleye Warnock

Ouleye Ndoye was born in New York, USA, and she currently resides in Atlanta, Georgia.

She is currently single after divorcing Raphael Warnock in November 2020. 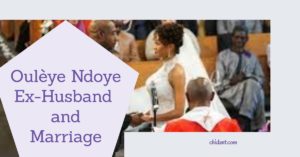 The human rights advocate accepted Raphael’s marriage proposal in January 2016 at Historic MLK Church, and the couple married on February 14, 2016, in a colourful public wedding ceremony.

Their marriage did not stand the test of time, as they divorced in 2020 after they separated in 2019.

Who is the ex-husband of Oulèye Ndoye?

Raphael Warnock was her husband. Warnock is the senior pastor of Atlanta’s Ebenezer Baptist Church. He is also a well-known politician, currently serving as Georgia’s state senator.

Now you know the age of Ouleye Ndoye (formerly) Ouleye Warnock. She was born in 1985 and is currently 37 years of age.

If you need any other information about Ouleye Warnock, please reach out to us below.

Who is the Woman in the Purple Mattress Commercial?