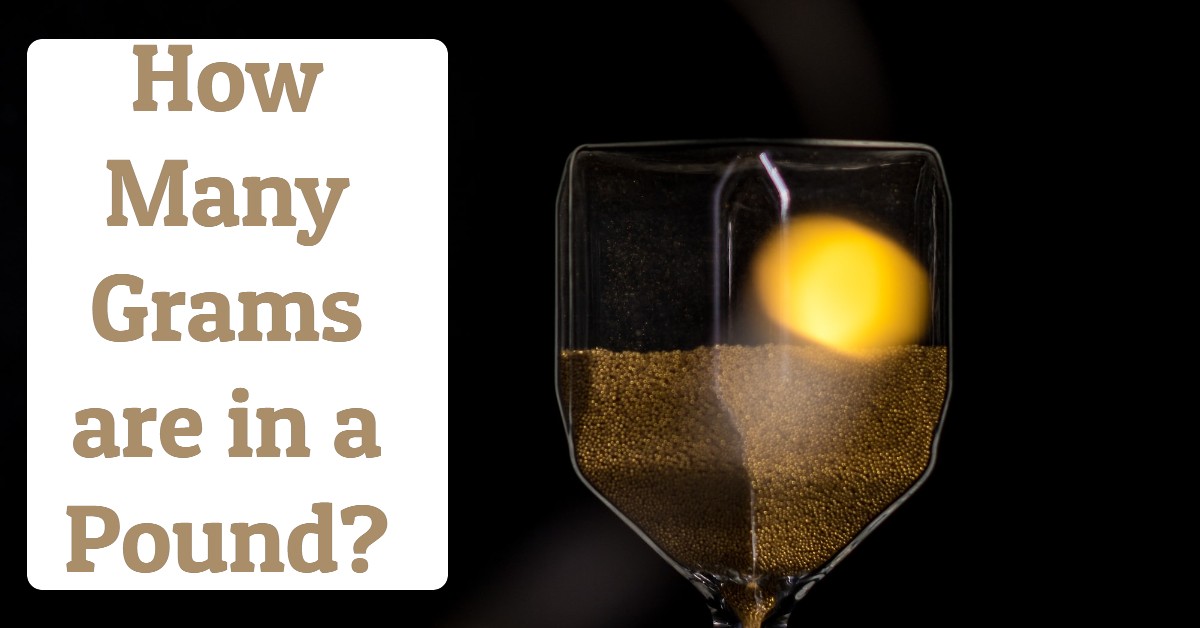 How many grams in a pound? Pounds and grams are methods of measuring weight. 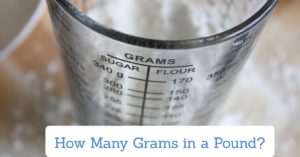 One may want to know how many grams are in a pound. This article will not just provide you with the accurate answer you need but will explicitly explain the standard conversion factors for the units of mass – gram, pound and ounce.

How many grams in a pound? 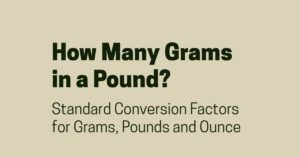 How many grams in a pound? It’s simple:

For an approximate result, multiply the mass value (in pounds) by 453.6.

You may want to know how many grams are in a pound of sugar, butter, or gold. No matter the substance, the answer is always 453.6 grams!

How to convert Pounds to Grams

How many pounds in a gram?

We have looked at how many grams are in a pound. Let’s now examine the number of pounds in a gram.

How many kilograms in a pound?

Having known how many grams in a pound and how many pounds in a gram, one may ask, how many kilograms make a pound?

What is a Pound?

According to Wikipedia, the pound or pound-mass is a unit of mass used in British imperial and the United States customary systems of measurement. Various definitions have been used; the most common today is the international avoirdupois pound, which is legally defined as exactly 0.45359237 kilograms and is divided into 16 avoirdupois ounces.

The term “pound” derives from the Roman unit of measure Libra Pondo, which meant a pound by weight. The English term pound came from the second word pondo in Latin. That is why the pound is abbreviated as “lb.” The “lb” is taken from the first word, Libra!

The pound did not always weigh what it does today. A pound in mediaeval Britain was only 5,400 grains, or the equivalent of 0.350 kg today. The royal mint in the Tower of London kept a standard pound weight. The troy pound, which most likely originated in Troyes, France, displaced the English pound in 1527 with a weight of 6,750 grains, or 0.453 kg today.

The pound is widely used to weigh mass or weight in many English-speaking countries such as Great Britain and The United States.

The abbreviation for a pound is lb or lbs, and it is equal to 16 ounces.

What is a Gram?

The gram (originally gramme; S.I. unit symbol g) is a unit of mass in the metric system.

The gram was introduced in France following the French Revolution. The French adopted the word gram in a 1795 decree revising the metric system and defining the gram as the weight of one cubic centimeter of water.

Suppose we are familiar with the International System of measurements. In that case, we will notice that the S.I. system uses a gram as a simple unit to weigh the mass of a specific product or object.

Grams (g) are a smaller unit of mass, whereas a kilogram is the largest unit of mass in the S.I. system.

The kilogram (kg) is the S.I. standard unit of mass.

Note: Today, the gram is the most commonly used unit of measurement for non-liquid ingredients in cooking and grocery shopping worldwide. The unit price is normally given per 100 g for food products that are typically sold in quantities far less than 1 kg. Most nutrition labeling standards and legal requirements require relative contents to be stated per 100 g of product so that the resulting figure can also be read as a percentage.

What is an ounce?

Now that we know how many grams are in a pound, What about an ounce?

An ounce is one-sixteenth of a unit of a pound. In simple terms, one pound equals 16 ounces, and one ounce is equal to 28 grams. 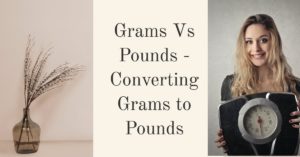 These conversions are important as one needs to know grams vs. pounds conversion factors.

How many grams in a pound? Not too clear? Check the conversion table below:

Please, do well to share this article with others. Thank you.

Difference Between Pound and Quid

Do You Capitalize the Word After a Semicolon?